Each year HireQuest Direct (formerly Trojan Labor) holds an event to honor our service men and women who are true American Heroes. The HireQuest Direct American Hero Award recognizes the sacrifices they make to their families for our country.  The breakfast features an awards ceremony honoring a surviving family member of an American service member killed in the global war on terror and a service member for meritorious action in combating the global war on terror.

The 2018 American Hero Awards were held on May 22nd. Trojan Labor is proud to have been able to recognize two people who have gone above and beyond in their service to our great nation.

This year Trojan Labor will honor Cpt Daniel Eggers as the Ultimate American Hero.  Cpt Eggers was a Citadel graduate that made the ultimate sacrifice while serving in the Army in 2004. Please take a moment to read more about him below.

Daniel was born in Pueblo, Colorado and spent his early years in Hollis, New Hampshire. In 1987 he and his family moved to Cape Coral, Florida. He was a devout Catholic and an altar boy during middle school and high school. He attended Gulf Middle School and graduated from Cape Coral High School. While at Cape High, Dan was enrolled in the JROTC program and was the Battalion Commander in his senior year. He was a member of the National Honor Society and also ran on the cross-country team. Dan was in the Young Marines, the United Stated Marine Corps’ youth program. In 1992, he was selected as the National Young Marine of the Year.   He graduated from The Citadel in Charleston, South Carolina with a degree in history in 1997.  He was commissioned as a Second Lieutenant in the U.S. Army Infantry in May 1997.

In July 2001 he began training for Special Forces and earned his Green Beret two years later. He went through the Army Arabic Language School and was fluent in Arabic. CPT Eggers was deployed to Afghanistan in April 2003. While in Afghanistan as a Green Beret team leader in the 1stBattalion, 3rdForces Group (Airborne) he carried out secret missions.

CPT Eggers came from a large family with a long tradition of military service….a great-great-grandfather was a member of Theodore Roosevelt’s Rough Riders, two grandfathers who served in WW-II, his father served in Vietnam, and his younger brother served two tours in Iraq.

On May 29, 2004, CPT Eggers was killed in action in the Zabul Province in southeastern Afghanistan when his Humvee struck a land mine as they were pursuing the enemy. It was his second tour of duty there and was serving as Detachment Commander. He was buried with full military honors at Arlington National Cemetery in Arlington, Virginia. CPT Eggers is survived by his wife, Rebecca, an Army Lieutenant Colonel stationed at Ft. Campbell, Kentucky, two sons, John and William, his parents William and Margaret, two brothers and four sisters.

On 21 March 2005, the U. S. Army renamed the Combined Forces Compound in Kabul, Afghanistan – “Camp Eggers,” after Captain Daniel William Eggers. During the dedication ceremony, a plaque was unveiled honoring this American hero.

Family, friends priests and peers used these words to describe Danny – “dedicated, intelligent, born leader, motivated and possessing both a great sense of humor and humility, the patron saint of the underdog!”

Andrew Smith grew up in Easley, South Carolina and attended the College of Charleston. During his Junior year, he felt his life needed a drastic change. Smith says. “There were all these things going on in the world, and I was missing out.”

He joined the Marines in 2008, was deployed to MEU. In 2010, SGT Smith was sent on his 2nd deployment to Haiti to provide emergency aid. Upon his return, Corporal Smith successfully became a Marine sniper. While on a deployment in Afghanistan, on May 15, 2011, Corporal Andrew Smith was severely injured from mortar shrapnel while under enemy attack. Moving quickly, medics placed Smith aboard a helicopter for transport to a hospital at Camp Leatherneck, where Smith had first arrived in Afghanistan. 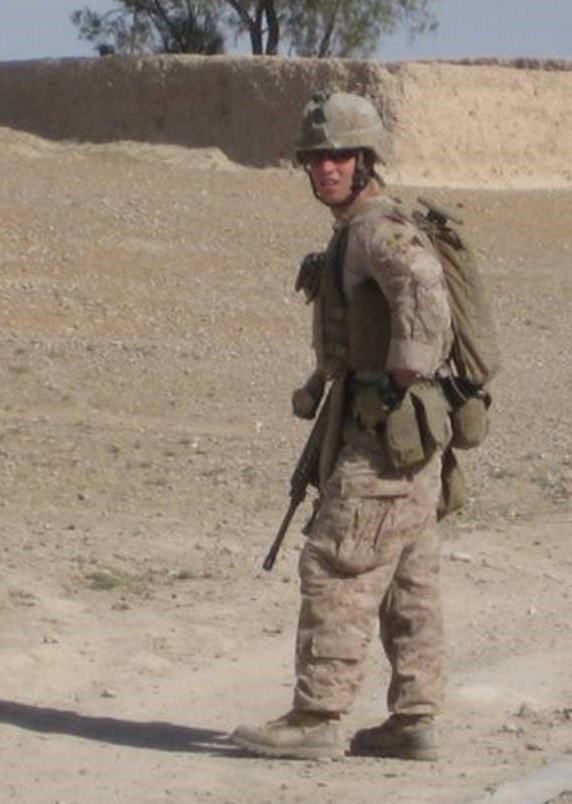